Dear Miley, God Is For You 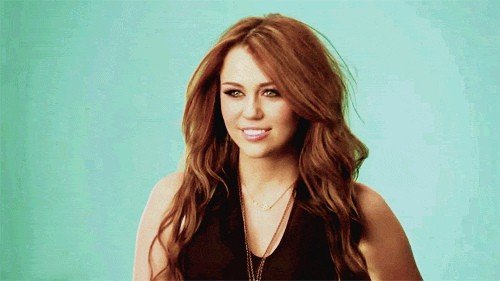 I prayed for you today. I asked God to show me who you are in His eyes. Here is what He said.

God put a part of His personality in you … the part that celebrates people. You have His laugh … the kind that is bigger than you, the kind that makes your head tilt back and turns your eyes into slits. You have His heart … the one that's so big no one can totally understand it. You are uniquely made in His image. No one is like you. You are a combination of the best things about God.

Sometimes these parts of you are exploited because people don't understand the value or the worth of them.

But God is for you.

Because God is for you.

However, you do have an enemy. Not the conservatives on the Internet or the people that are bashing you on social media. The enemy can't be seen, and you know who he is. But maybe he's already convinced you he doesn't exist, or he doesn't care about bothering you. He told you some lies over the years and, since the lies are so prevalent in the circles you walk in, you haven't been warned. I'm sorry you haven't been alerted to the lies. But these lies make you choose the lesser things. God sees the greater things and wants you to know what they are. Because if you know the greater things, you won't sacrifice them for lesser things. God wants to remind you of who you are, what you were created to do and be. So when you see a deception for the lie that it is, you can overcome with the truth. God wants you to see how He sees, because what He sees is true—not just about you, but about the world.

No matter what people say or what your enemy wants … God is for you.

Let me share some of what the enemy does, and maybe you'll recognize it. He uses the things that hurt you to work against you. That thing that hurts you should be thrown away, but instead he shows you how to build a wall with it. The wall keeps out the thoughts of God and keeps you blocked within his destitute world. He lies and says it's what needs to be done. He mocks those who love you, and he tries to speak over the wall. He knows they know the truth, so he tries to keep them away from you. He tells you they are ridiculous and don't understand. He convinces you that you need to protect yourself because no one else will. He says that you need to prove who you are because no one sees it. He says that you should express yourself with your best assets, because you're mature enough to do what you want. He tells you that when you make a new discovery about yourself, you need to give it away, because that's what's expected of you. To solidify it, he finds men to deceive you by challenging you to make decisions that serve them. They applaud you for your boldness and self expression, but they've convinced you to give the most valuable part of yourself away for free.

All the while, the enemy knows that if he can get you to sacrifice that which was made just for you and God, that eventually you'll fill the emptiness with something else. But, what you fill it with will also be that which will make you feel empty. The viscious cycle begins, and you forget who you are and what you were created to do. The deception is so strategic that at first it steals what you're not paying attention to, then it convinces you to give it up of your own free will. And finally, you aren't sure who you are anymore. This enemy isn't just out to hurt you—he's out to destroy you.

Because God is for you!

Do you see it? The beauty of your sexuality was used against you. God made you with an amazing desire for sex and a body that responds in the right ways. Instead of stewarding it, the enemy convinced you to put it on display and devalue it. I'm so sorry he lied to you.

People may fail you … but God is for you.

God knows you've grown up with being told how to act (on camera and in real life), and He knows it's exhausting. Your mistakes are public, and your tears are private. He sees them all. He's never disappointed in you. He's never mad at you. Never. He won't ever control you. He loves to watch you make choices and use your will. He made that ability, too. But when you fall, He doesn't hesitate to gather you in His arms and give you the peace you long for. He won't ever hide from you. He won't ever reject you. He's glad He made you. He thinks you're amazing.

God is always for you.

You are loved with an everlasting love—a love that never fails or fades. You are the apple of His eye. You are constantly the desire of His heart. You are the manifestation of His love. You are worth fighting for. You were thought of before the creation of the world. You were formed in your mother's womb with excitement and exact detail. You were given gifts and talents that will never be taken away. You were created for a purpose that can't be thwarted. You are the joy that was set before Him when He (Jesus) endured the cross.