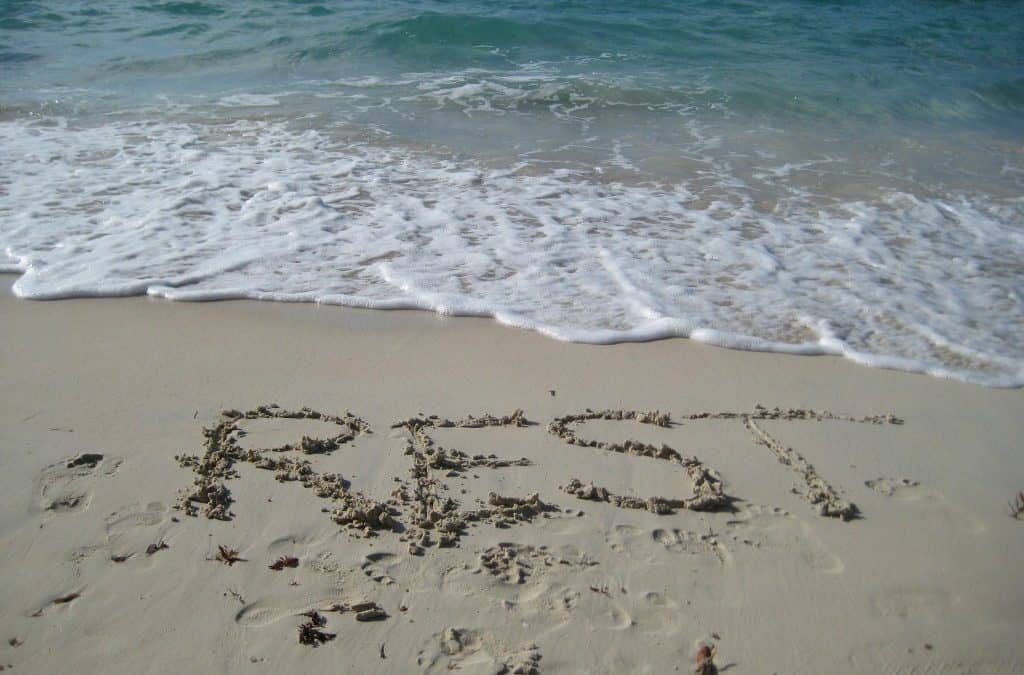 We often use the story of Martha and Mary to describe the doers (Martha) and the be-ers (Mary). Mary was found sitting at the feet of Jesus learning from him.  Martha called Jesus teacher but she wasn’t the one spending time at his feet learning. Mary was. Martha was busy. It sounds good to be a Mary. We praise people for being a Mary. But at one point I had to say….

“Jesus, help me! Martha has left the building!”

I never thought I’d get to the point where I’d be such a Mary I left the house uncleaned, piles of paper to file or a to-do list that didn’t have anything crossed out.

I completely lost touch with the Martha in me.

Every free second was spent being a Mary.

I stopped thinking, analyzing, debating, researching and planning. I found freedom like never before in my whole life. God used the first few months to break me (in a good way) and I just stopped. And I liked it. I’m pretty sure I was made to be this way.

When God first started speaking to me about what it looked like to rest, I didn’t listen. I didn’t know it was Him. I was still thinking I had to be a responsible unemployed person and not be a bum. But one day, he told me to go to the pool and relax. Another time he told me to take a bath. (I’m just now seeing a water theme) What I know is that those two times of resting were like medicine to my soul. I realized I’d forgotten how to rest and relax. Maybe unproductive in the natural but productive in the spiritual. In other words, how to be a Mary.

Things Mary did that pleased Jesus:

1. She sat at his feet and was taught

2. She trusted him (instead of blaming him in disappointment)

3. She was a faithful friend

Sit at the Feet of Jesus

Mary knew Jesus. She was so enthralled with Jesus that she forgot about the other things that needed attention. When he was in the room, she put down everything else. When Martha went to Jesus about her behavior, Mary didn’t waver because of criticism.

In that culture it would’ve been unusual for a woman to be allowed to learn from a rabbi, but she didn’t let society’s opinion keep her from what her spirit and soul craved.

In this season of unemployment, I want to follow suit. I looked at it like this: I had been offered a special season that gave me the opportunity to spend hours of quality time with God. When He was in the room, all the tasks of the day fell away. Nothing else was important. I was so captivated with Him that I let go of any goals that wouldn’t bear eternal fruit. I didn’t let society or criticism dictate my day or week.

Trust Him in Disappointment

When Lazarus died, Martha and Mary said the same thing to Jesus when he arrived, but each used a slightly different tone (John 11:17-33). Mary went to Jesus as if to tell him what happened and receive comfort. She didn’t blame him. Martha was more accusatory in her delivery. When things went wrong, she blamed him for not being there for Lazarus.

What determined the response of Mary and Martha was the depth of the relationship they had with Jesus. The time they spent at his feet was bearing fruit. Either good or bad. They each suffered a great disappointment (death) and yet responded differently.

It wasn’t a new thing for me to realize that my response to stress, bad news and disappointments came out of my state of relationship with Jesus. Now I know it’s critically important to be steadfast in our intimacy with God, because when the pressure is on, you find out the strength of the relationship.

To my surprise, when I didn’t get the jobs I thought I would, I wasn’t shaken. Having your hopes up and then let down is a kind of death. Death to a dream. The worst part is that it just keeps happening over and over! But I was still happy. Still full of joy. I didn’t blame God. Instead, I thanked Him for protecting me and for providing for me. (even before I saw it) Sometimes those words came with tears, but still my heart trusted Him. I’m not saying this to bring attention to how great I was, but to say that I didn’t know I’d respond differently until a disappointment happened. It was then that I thought, “Wow, God has changed me and I didn’t know it!” How grateful I am that He allows things to happen to show me the work He has done.

Be a Faithful Friend of God

Mary was a friend of Jesus. So much so that she plays a significant role in the recalled stories in Scripture.

So rest, my friend. Be at peace at the feet of your Savior. Let things go undone. I bless everyone who reads this to have a messy house … in exchange, may you be a faithful friend. Mary.