In Loving Memory Of Kiwi 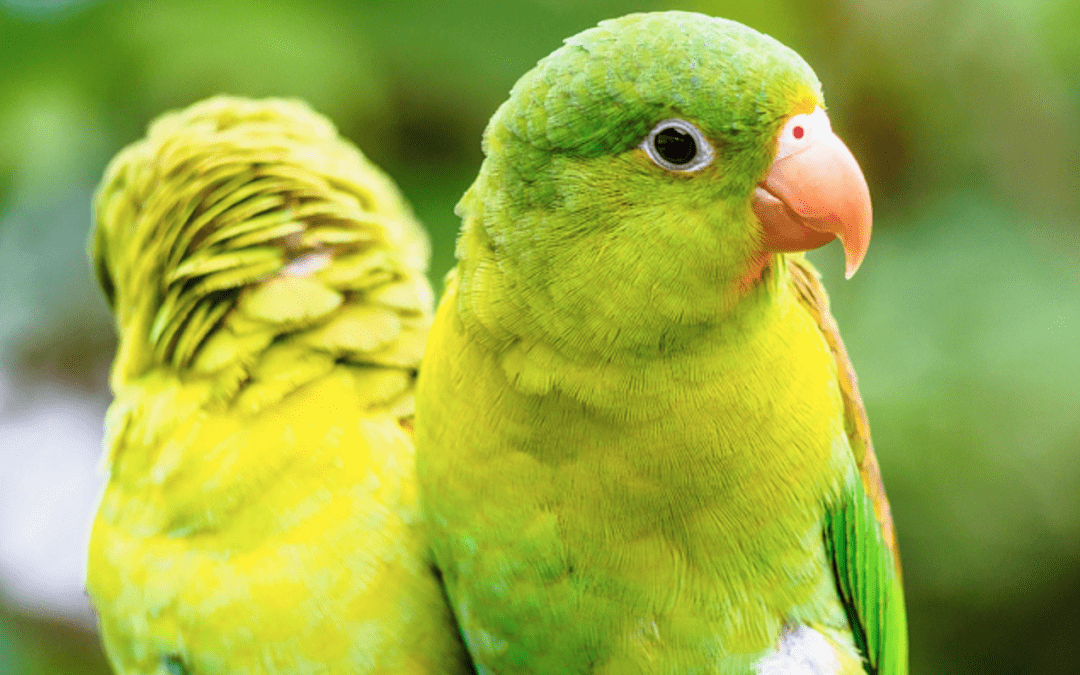 So it took me awhile to write about my little friend kiwi. He died Memorial Day weekend. If you don't understand the emotions that go along with losing a pet … then you may not want to read this post. But, I want to tell you what God did and how I learned that God cares about the little things that are important to us.

I find it a bit hard to even write about Kiwi and be so public about my love for my friend, since the range of reactions have thrown me. I mean, what will you think about my public expression and love for a bird? It's my blog … I should be able to write about anything I want.

I was surprised at some folks who with raised eyebrows said, how can you love a bird? Or others that said they'd give me a month to grieve and then I needed to be over it. Or even worse … a group of people that laughed and made fun of me for grieving. Yes, it has been a strange visit with humanity. I think at some point I liked animals more than people. At least when I was upset Kiwi noticed and would act lovingly. He would sit quietly and eat my tears with his little beak or kiss my face or clean my hair. The people made me miss the unconditional love of my little Kiwi more.

So, what I don't want to do is complain about people. I too had no idea how I would react until I was faced with the situation. Kiwi was almost 17 years old. My constant companion and as a single person that is like a family member. He made me laugh all the time. We would eat together, sometimes he would sleep under the covers with me and he always welcomed me home with singing. I miss coming home to his little personality. I loved how he would fall asleap on me and nudge me to scratch his beak. Kiwi would sing with me, bite me to warn me about a new person in the room (as if I didn't know), hide in my shirt, poop on command and as a parrot, he was really smart. He knew me. I can't explain that to you and you would have to see it to understand totally.

I had been so busy at work and was coming home after he was asleep. I had not been paying attention to his behavior. I didn't see that he was breathing badly. Over a period of a few weeks Kiwi was real sick and was admitted to the hospital for a week. The vet said birds don't get better once they are that sick but I prayed for God to heal my little friend. I just wanted another chance to love him the way I should have. I felt the Lord tell me that faith isn't believing God can do something, but that He will. So, against what I could see I told God I believed He would heal Kiwi.

I also had a new view on spending time with those you love. I greived what I had allowed my life to become. I was serving the Lord, but neglecting the people (and pet) God put in my life. To the doctors surprise, Kiwi did get better and I worked hard to put my priorities in place.

A month later, we had an appointment with the vet. He seemed better but I was always concerned. The night before I had a dream where I was holding Kiwi and the phone rang. I picked it up and Kiwi yelled, “Mom!” He was talking to the person on the other end of the phone. I knew I had always taken care of him but his mom was on the phone. He was very excited to talk to her. I put the phone to his ear and they talked. He said, “Thank you.” In my quiet time that morning I told God that if He ever wanted to take Kiwi He would have to do it because I would never be able to put him to sleep if they said he was sick. I wrote in my journal that I was ready to let him go.

But, I can't say I was totally prepared for it to be that day.

I think the shock of the vet accidentally killing him just made it worse. I mean, a good check up and we were on the way home. Just a little blood test first. Then when she came back into the room she said he wasn't doing so well. I stopped and prayed but I couldn't pray for his life. I told the Lord I wanted His will. Over and over again I just said, “Lord do what is best.” Back and forth for about 10 minutes and then finally the words of “I'm so sorry.”

I sat there by myself shocked. But, I praise God for letting me dream of Kiwi saying ‘thank you.' I guess you can think what you want but it was a gift from God to me … it gave me comfort.

The vet was confused about why Kiwi died since he looked just fine so she sent away tissues to be looked at by a pathologist. The results were surprising. They said that Kiwi's little body was making red blood cells in organs that do not make red blood cells. It was like he was bleeding internally and his whole body was over producing them to keep him alive. They have never seen it before and said it didn't make sense.

But it made sense to me.

God gives us life. He decides when we are born and when we die. He can supernatually do anything! God sustained Kiwi's life and in that time He taught me about boundaries, priorities, faith, prayer, and His power.

God is with us in suffering and He doesn't tell us we have a month to get over it, he doesn't mock us for crying. He cares about us so He cares about what we care about. If we give Him the cares of our hearts He will use it to teach us something about Himself. I know God better now that I went through that. And it was a blessing to me that no one really understood, because it drove me to spend time with the One that did understand.

We can choose to look at His sovereign plan as good even if we don't feel good about it! We can always find things to praise God about in the midst of the storm. He promises to comfort the brokenhearted. God isn't like us in that He is sometimes comforting if the occassion demands it.

So maybe I grieved over a bird more than I should've … according to humanity … but God didn't weigh the grief with the situation. He just gave me what I needed … Himself.

Photo courtesy of Alexander Schimmeck via Flicker but that is really what Kiwi looked like. Isn't he cute?