Is It Responsible To Say No? 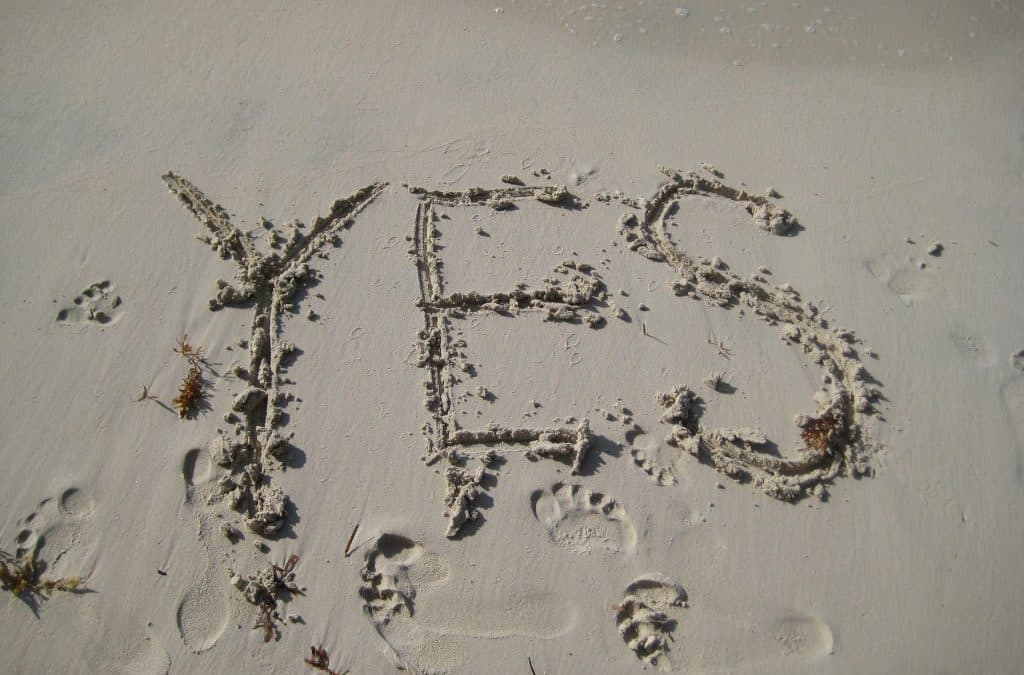 If you’ve been following the series I’ve been writing about what God taught me during this season of unemployment, you’ve heard God speak to me about identity and faith. He addressed those two lessons in the first month. The next lesson took me three months to figure out.

God put me on a non-schedule schedule. I can’t explain it, but I knew I was supposed to keep my mornings open for Him. That meant I was to sleep until I woke up, then do whatever I wanted that restored my soul (work out, pray, read the word, read a book or listen to a sermon). But no work, errands or projects at home!

It was painful. At times it was stressful, like a detox. In the beginning of this process I had a hard time saying no, but it got easier. The enemy used two tactics to get to me.

First, there was fear of man. I was disappointing people. Was it selfish not to get together with someone for breakfast? I mean, I’m technically free, right? Or: my client wants to talk in the morning; I can just have my God time in the afternoon today. I did those things … I wasn’t saying no at first.

Second, there was fear of being irresponsible and fear of failure. What if I needed the extra time to look for a job? But did I really need to be an overachiever and apply for every job I found? Where does consulting God come in? (In the mornings!) Then, of course, I wasn’t getting my to-do list done. My StrengthFinders 2.0 test shows I have “Responsibility” and “Achiever” in me … we don’t say no, even to ourselves!

I kept failing. But finally, I started to get the hang of it. I found I’d get irritated when I over-committed. I had to press in really hard to figure out what the Spirit of the Lord was saying to me, not because he wasn’t speaking, but because I had been saying no to Him for so long.

It was at that point that I failed the most in ministry and in life. Some people will say that God wants to fix us. But, God has no interest in fixing a dead man. I am a new creation in Christ. I needed God to show me what new creation thinking looked like.

Learning to say no is an important character trait in a disciple.

Bottom line: Do you have time free in your day for the spontaneous gifts from God? Now, some of you are thinking I don’t like to be spontaneous. Well, since we are all made in the image of God and some of us are spontaneous, I’d suggest God is as well. Take that issue up with him. You may need some freedom from control. (This is not the place to say no.)

Learning to say no doesn’t have to have a reason after it.

You may feel obligated to say, “No, I can’t do that because …” Sometimes we need just to say, “I’m so sorry, but no.” You are not required to explain the entire process you went through to come up with an answer. Many times people will try to convince you otherwise. Be kind and gracious, of course, but simply say no.

Learning to say no is a muscle you build again after years of atrophy.

At times you just have to go where the peace is present and avoid where the peace is not present. God will help you enter into his peace and rest. He sometimes makes you lie down beside green pastures. But saying no doesn’t mean you sit at home eating bon-bons; it’s about finding the right things to say yes to. Sometimes you can say yes, but you need to give yourself time to do it. Schedule it later. Make someone wait a bit longer than they prefer.

Learning to say no makes you not Jesus.

You have no reason to feel guilty. People who need you will take from you until you say no. Because when you don’t say no, you are saying yes. They may not like it when you say no. They may get mad and say unkind things about you to others, but they will get over it and find someone else to meet their needs. You are not their Jesus. Don’t feel guilty for not being Jesus. Look at Superman; he felt obligated to save the world from darkness. He stopped everything for an emergency. He also didn’t have a social life. And he didn’t need God.

Oh, I could go on and on about this subject. The conclusions I made as a result of learning to say no are extensive. How about a partial bullet point list?

• I am in control of my life, and I am powerful.

• When submitted to the Holy Spirit in choices I make, I never feel burned out.

• I only give to people from the overflow, not the cup. No overflow? Time to say no.

• People get the best of me when I say yes, because it’s not tainted with “I wish I said no.”

• No one has rejected me for saying no.

• God really is in control of everything, and His to-do list is always right.

• My life is fun, and I’m able to do spontaneous things!

• I feel a sense of accomplishment because I’m able to check off my daily to-do list.

It is responsible for us to say no. By saying no to others’ demands, we are saying yes to the Lord’s plans.