My Worst Christmas Ever 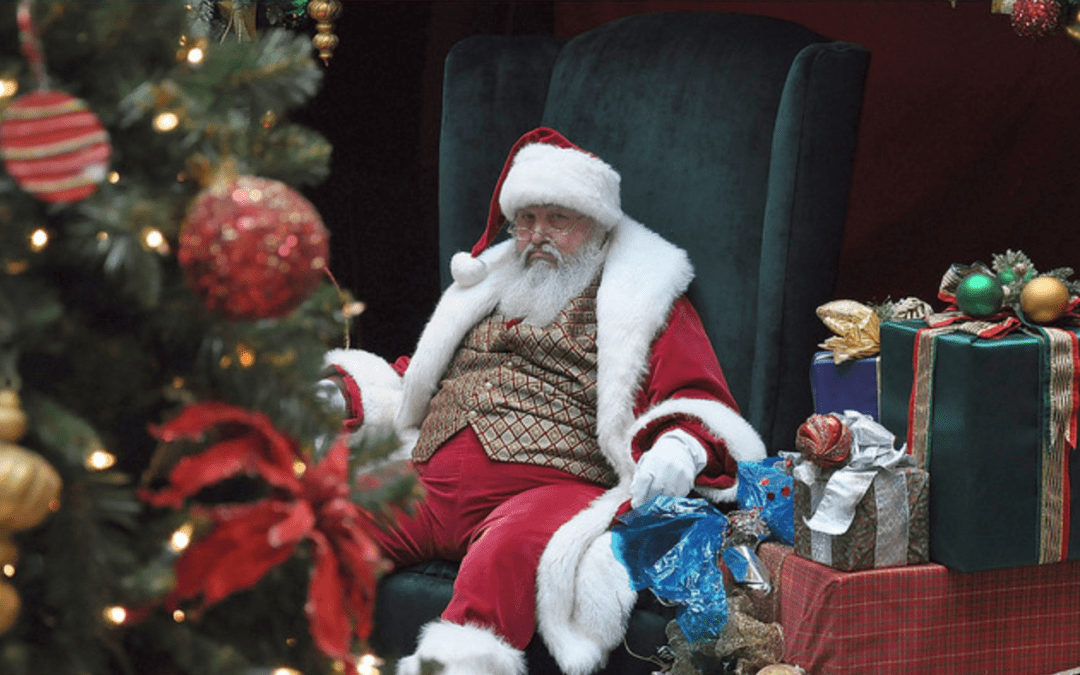 I had just left my husband.

I had also just broken up with the man with whom I was having an affair.

I thought I wanted to be alone, and then on Christmas day I felt the gravity of my decision. I was at my parents' house surrounded by my siblings. Two of them were married, and we had one little niece. My dad arranged a treasure hunt with notes and clues to find the next note. He was so creative and generous. See, at the end of the treasure hunt we'd find an envelope with a check in it. The year before, my brother and his wife bought a Great Dane. My sister and her husband bought a pool table. My soon-to-be ex-husband wanted to pay off his debt from before we were married. This was going to be the year I could spend it any way I wanted.

I followed my clues and was led to my dad's office. I was looking around the room and came to the wall of bookshelves. Dad liked to keep the things we gave him. I saw the little magnet animals I'd gotten him in Okinawa, Japan. My sister-in-law had given him Japanese Coke bottles from the time she lived there, too. A stuffed beanie baby we had thought would make a ton of money later as a collector's item, and a duck I'd given him to decorate his office years ago. So many great memories.

As I looked at these bookshelves, my eyes stopped on a picture. It was a photo of me and my soon-to-be ex-husband. The photo reminded me of how I had tried to be happy and excited on my wedding day. I walked down the aisle crying because I didn't want to get married. Everyone thought they were tears of joy. I said, “I do” with my mouth, but my mind and heart said I wouldn't be able to keep those vows. The picture wasn't of our wedding day, but of our honeymoon; it reminded me of how he got bored and wanted to drive home early.

In the midst of all the happy memories on my dad's bookshelf, I saw a picture of what looked happy to everyone else. It was supposed to go with the other good memories on that shelf.

I wasn't expecting my reaction to that photo.

I fell to my knees and cried. Hard.

What went through my mind was this: “I failed.” You'd think I was thinking I failed at marriage, but that wasn't it.

I thought leaving him would make the abusive words stop, but they were buried deep in my soul, and now I believed every word. I failed. He and I agreed on one thing though—somehow it was my fault. I was the one who left the marriage and decided to stop working on it. And now, after getting the freedom I thought I wanted, I couldn't silence these thoughts. I was in bondage with no way of being free. I couldn't go back and I couldn't move forward.

Mostly, I failed to make myself happy even on the happiest day of the year—Christmas day.

Just then my brother walked into the room. At the time, he wasn't the kind of guy who would counsel or comfort. He'd often thought I was oversensitive. But this time he did the most precious thing: He sat down and held me while I cried. Thinking of that moment still brings me to tears.

See, at that time no one in my family had a personal relationship with God. But God was still there. He came in right at the moment I needed a man to hold me and sent one of the two men who will love me forever, no matter what I've done (my brother and my dad). It's a reflection of our heavenly Father's grace. I didn't know it then, but looking back, I can see that God was loving me right at the point of my need. It didn't matter to Him that I'd not chosen Him yet. He'd chosen me.  God didn't demand I get right with Him and others before I could be comforted either. That's a picture of grace.

Little did I know that the next Christmas would be just as bad. In the coming year, I'd end up dating the man I'd had the affair with, and he would cheat on me with my ex-husband's current girlfriend.

I call this my Jerry Springer story.

But God showed up with mercy and grace then too.

Soon after, I came to the end of myself and the beginning of my life in Christ.

I was wooed by a love I'd never known. No man will ever love me like I'm loved now. I also don't expect to be loved by a man like I'm loved by the Trinity. My relationship with God, Jesus and the Holy Spirit has healed every wounded place that I used to keep “protected.” Every failure (real or imagined) has been covered by a gentle word that made me melt into the person I am today.  I still fail, but I take it to God and He tells me what He thinks of it. Sometimes I repent of my actions. But most times I repent of agreeing with the enemy that I'm a failure.

I'm an overcomer. I'm the chosen one of God. I'm the precious child of the King of Kings and Lord of Lords.

I must admit I've had some Christmases where the enemy tries to tell me I'm alone and that no one has chosen me. He likes to say I've failed at being skinny enough or lovely enough to be in a relationship again. He goes for the area that has been weak in the past but now he is the one that fails.

I like to remember one thing of the past though—the day a virgin girl gave birth to a son. The Savior of the world, Jesus, came from heaven to earth as a baby, innocent and flawless, to redeem this guilty and sinful woman. God chose me before the creation of the world. He will never leave me.

He redeems even the worst of Christmases.

Because that was what He was sent to do.