The Movement At Welton Academy 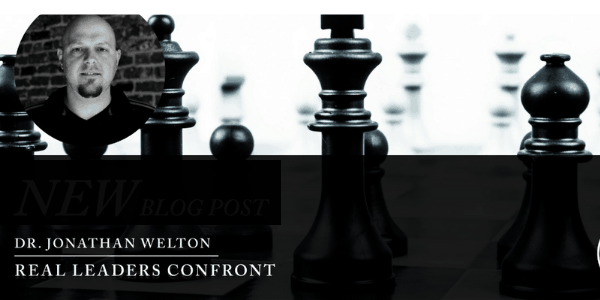 Update 9-20-18: The founder of Welton Academy, Jonathan Welton, closed the Supernatural Bible School on September 18, 2018, following accusations and admissions of sexual misconduct by Jonathan Welton and narcissistic behavior evidenced by an unwillingness to correction by his board of advisors. This information was confirmed via video by Jonathan Welton and a letter written by Danny Silk to those in the school. The following word I was given by the Lord on March 5, 2018 and sent to the leadership of Welton Academy before the evidence emerged.

I'd like for you to pay attention to a few things:

I didn't post this word earlier because it was a warning for those in that ministry at the time. However, I hope it is a blessing to those who are seeking wisdom. My heart is grieved for those who have been impacted. I do not celebrate when a brother or sister has fallen. But I also do not lose hope for God is good and He made a way for us all to come to repentance through Jesus.

I went to prayer for the movement of Welton Academy and immediately heard “stalemate.” I looked for a definition:

When praying about a “movement,” the word “stalemate” isn’t one you want to get.

I sensed the word of warning to be careful to strategize for the end goal. After some research on Chess, I learned there is something called an “endgame.” (more on that later) Part of the end goal or end game is this movement must be careful who is positioned where and what moves they make. Each piece needs to know their importance, identity, and authority. Meaning ALL pieces are important and have authority to move in certain ways at certain times. I sensed a caution to not show favoritism based on past positions because positions always change. Particularly I sense this in partnerships. Because what it looks like at first glance, without considering counter moves, isn’t always the right move.

I saw the movement of a chess game going at a rapid pace. Like fast forward on a TV show. I’ll share more about that in the end. I mostly saw the pawns moving quickly but knew I was watching the whole game unfold.

Here are some practical things that stood out to me when playing chess and how it relates to a move of God for Welton:

Two players and the pieces are white and black – which stood out to me as good and evil but that’s probably obvious. But there isn’t just one game. Each game has different moves… no two are alike. But there are many things that are the same. I’ll explain more …

Pawns are the first to move and sometimes be sacrificed – They are necessary and strong front line defenders. There may be sometimes people are in difficult situations in order to help advance the movement. This is unavoidable but necessary to win. They aren’t considered less than other pieces, but are the first to move and thus take some of the heat. But on the other hand, they have the ability to be promoted and be the reason for the win! Wikipedia says, “Pawn promotion, or the threat of it, often decides the result in an endgame.” The vast majority of promotion of the pawn is to the Queen – which is described as the most powerful piece. I sense God saying women will be promoted from pawns to Queens. From the lowest rank to the highest in this movement. And in spiritual battles, will be the reason for the win. They are the most important piece of this strategy.

Each piece has its own way of moving and rules they have to follow. They have different authority and abilities to move about. Most of them can’t jump over the others in order to go faster. That’s true for people in the movement as well. Each person in the movement needs to know how they move and their sphere of influence. Because when they operate in that, they will advance, and not be taken out.

When a move is made it’s to advance into the opponent's territory (and take that square). Or in spiritual terms, to take the land. All moves are strategic and will take the land. As in Chess, no one questions it. It is what it is. Again, all people who know their identity won’t be tempted to give up the land, because in the rules of this game, once it's taken, it’s permanent advancement even if another piece goes to that square after they’ve moved on.

When I looked on Wikipedia I saw something interesting. It describes the “movement.”

Movement: The player with the white pieces always moves first. After the first move, players alternately move one piece per turn (except for castling, when two pieces are moved). Pieces are moved to either an unoccupied square or one occupied by an opponent's piece, which is captured and removed from play. With the sole exception of en passant, all pieces capture by moving to the square that the opponent's piece occupies. A player may not make any move that would put or leave the player's own king under attack. A player cannot “pass”; at each turn, one must make a legal move (this is the basis for the finesse called zugzwang). If the player to move has no legal move, the game is over; it is either a checkmate (a loss for the player with no legal moves) if the king is under attack, or a stalemate (a draw) if the king is not.

Here is what I sensed the Spirit of the Lord showing me about the Welton movement based on the verbiage above:

“White pieces move first.” God always makes the first move. He isn’t on the defensive but the offensive. They must wait for the move of God as they begin each new assignment (relative to a game).

“Pieces are moved to either an unoccupied square or one occupied by an opponent's piece, which is captured and removed from play.” When they advance, they will either take land that hasn’t been occupied or take the enemies land and remove it from play. He doesn’t get to stay in play. Worth repeating – He doesn’t get to stay in play. He is taken out forever. No one has to fight against him from the game when he’s on the sidelines. He can’t scream or intellectualize his opinion. He’s out. When they advance as a movement, they will literally change the game.

“All pieces capture by moving to the square that the opponent piece occupies.” We capture by MOVING TO … movement is necessary to take before the enemy has moved on. When a piece of land is captured it’s always because they occupy that land. So people all over the world will be necessary to advance the Kingdom. Knowing their metron is important. But all pieces will occupy the opponents previously held place.

“A player cannot “pass”; None of them get a pass, no one can sit this out. Confidence will arise from the movement to know that everyone is important. Where people haven’t felt needed in the church in the past, they will know they are part of a bigger picture and at the right time, they will be making their move to advance the Kingdom. No one says, ‘Let me sit this one out’ because (fill in the reason). Everyone trained in this movement will have supernatural confidence.

“… at each turn one must make a legal move.” As they move, they need to remember that they have the right to do so. But the moves must be in line with the order of the Kingdom. Since the enemy is a legalist and the Kingdom is of justice, the legal moves are the powerful ones. Injustice will not advance the movement. Meaning, they must be careful to not give the enemy a legal right to take the land we are possessing. Things like unity, forgiveness, and identity will be necessary for the movement to be successful. The development of the understanding of truth, the character and gifting of people, and love that is evident through the Welton movement will strengthen the overall strategy and give glory to God. If those in the movement know the power of this they will not fail. Just as white pieces move across the board and take the enemy land, the darkness on the board (or in the land) will be overtaken by light.

Back to the original word “stalemate.” The enemy would love to cause the Welton movement to be in a position of a stalemate. He knows he can’t win and he can’t take the King, but he would like to get us to the point where the movement stalls out … loses all the pawns, rooks, bishops and queens … to be rendered ineffective by being off the grid or by losing land … so the movement doesn’t have a win. If he can’t win he will try to cause a stalemate … where no one wins.

It’s all about strategy. God wants to give a glimpse of the entire game in fast forward so we can see the end from the beginning and win.