Lessons From A Singles Retreat 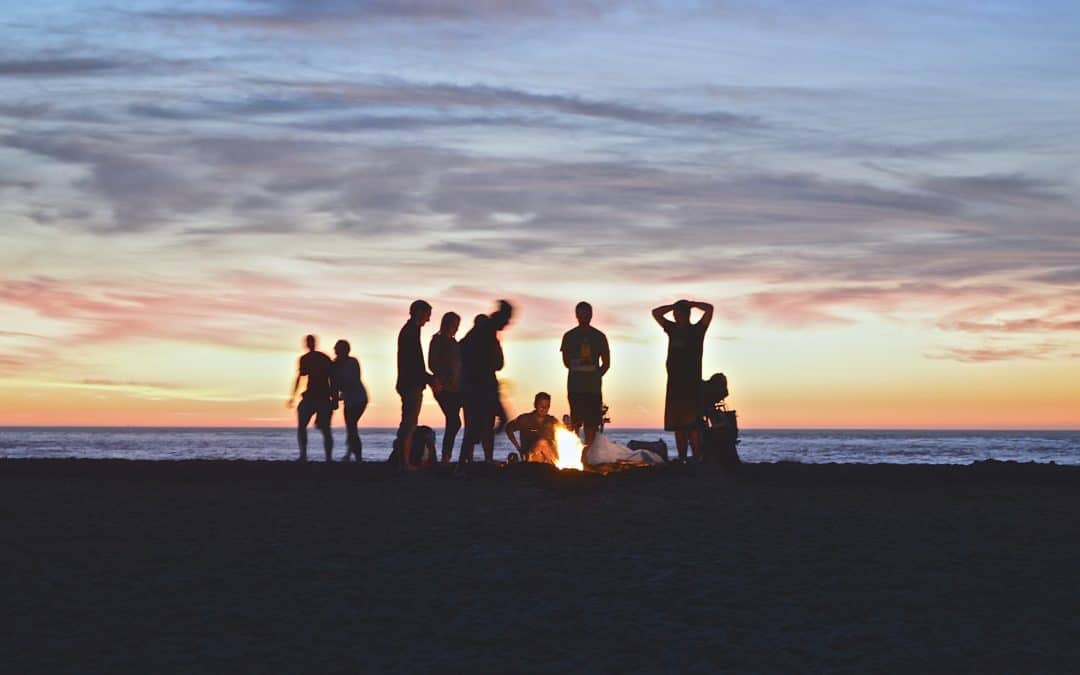 I went to a retreat for singles at the end of August. I laughed more that weekend than I have in a VERY long time.

I spent time with a friend and board member who I hardly ever see because he lives in Virginia. And a writer from Single Matters that lives in South Carolina. I was delighted to make some new friends too. It was a perfect mix of relationships. We all still talk every week and we live in 4 different states.

We laughed about toe fetishes (can I say that?), everyone being out of breath walking up a ridiculous amount of stairs (except the oldest person who does too much yoga), getting lost in a maze of elevators, the characters that hang out in down town Asheville NC, and a lot of other things that don't sound funny when I write about it on my blog. But I promise you I had tears rolling down my face and gasped for air many times. And not just because I was the one would doesn't do yoga.

We also talked about serious things like why singles are timid about dating again after divorce, how singles in church deal with temptation, what we are called to do to help singles connect with each other and the church.

The weekend was one of those God ordained times. I know my connections with those people are going to have a great impact in the future.

Spending time with people you don't walk with in every day life can open your eyes. You learn about yourself, how you are perceived, your own communication issues and what you like/don't like in relationships. It reminds me of dating. Some people click and some people don't. And we don't always have an explanation for it. But when you just click with some people on all levels you need to notice that it is a strategic move of God.

Still in the middle of all the laughter I was paying attention to other things. I am still processing what God showed me and how it informed me of my role in leading singles.

I miss having peers.  You know, those people that are in the same stage of life as you? You have the same memories as kids and have the same changes in your body (which also meant we had some really hilarious/awkward conversations). We don't think like 20 year old's and we don't act like a 40 year old's (not sure if that is good or not). All are successful and satisfied in our career. All of us are content to be single until meeting the right one. The differences didn't matter – some had kids and some didn't. Some were never married and some were divorced.

Being single in this stage of life automatically puts you in a position to have a lot in common and bond quickly.

Finding the right group to spend time with is important. It adds quality to life when you find those that you have common interests, passions and values. And fun is not overrated.

I didn't have enough time to get to know more people. I found out that some people were not happy with the group I was with all weekend. I saw others staying with the group they came with and I wanted to spend time with the two people I never get to see … so it never dawned on me that I could actually be hurting anyone. I didn't know others wanted to spend time with us until it was too late. I wasn't the popular girl in high school or college so I don't ever feel like I'm in the “popular crowd.” Also, as an introvert, I like deep relationships. So once I click with a few people I don't tend to try to reach out to more people. I was tempted to dismiss their complaint because it reminded me of teenager issues. But, it bothered me to find out that I actually hurt some people.

Being single in this stage of life doesn't mean we are beyond hurting someone's feelings or being hurt. Nor does it mean you've figured out how to do relationships right.

Finding out what things cause false perception is important. To ignore it only let's the enemy divide those on the same team. It's not about who is right or wrong but taking responsibility for what is yours and being kind to everyone. Because everyone deserves honor.

Singles are amazing people. I've never met so many people that were so wonderful; a lady in her 80's who was hosting a young woman in her home (who just got out of jail) until she got her own apartment; a prayer warrior that wasn't letting her wheel chair keep her from attending and serving others; a single mom and nurse that started a non profit to help with medical missions in Africa. They are generous, kind and supportive of each other AND the community around them. I saw the way Church was supposed to be. I think this was how it looked in the book of Acts. Selfless, others focused and excited to be together.

Being single in this stage of life may be the greatest unappreciated gift to the church.

Finding out who is around you and getting to know new people inspires you in your walk with God. If you look closely you will see God in these “single” people.

So, what did I learn about singles? We love deep relationship but don't have it figured out either, can unintentionally hurt each other, and are generous with the little we have. Kinda like married people but without the shared bathroom.

Maybe those are just 3 random things I decided to write about. Or maybe there is something there we are supposed to notice.

We are meant to do life with each other. It's fun and messy.

I like singles. I'll probably feel this way even after I'm married.  (The power of life and death are in our words people!)

P.S. By the way … I prayed for the woman in the wheel chair and her one leg grew longer in front of our eyes. Her crippled hand opened up too. And the 85 year old lady? I prayed with her for a breakthrough and the next hour she got a call from her house guest with an apology and the breakthrough she was looking for – she was moving out. Oh yeah! If you want more fun and miracles in your life, hang out with the ones Jesus hung out with – singles.